Think About This - Age Nigeria Foundation 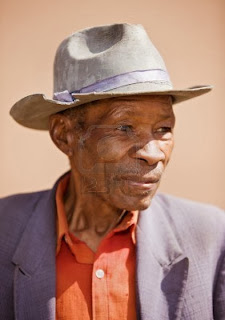 One wonders whether the phrase “May you live to a ripe old age” is a blessing or a curse. Old age cannot be avoided. It is a phase of life, which will arrive and stay till death takes its toll. Problems of old age come in two forms: emotional and physical. Many studies have proved that the two are actually interconnected. No precautionary measures can avoid these problems; senior citizens just have to face them bravely.
Old age is feared in recent times; however. This was not the case in the olden times. In the good old days, life was not so complicated and family values were given more importance. Hence, the older generations held a very important position in the family tree and in society. They were the epitomes of wisdom. The younger ones benefited from their profound knowledge and experiences.
The scenario is changing nowadays with senior citizens being considered as “non-productive” and. They are thought to be a social and economic burden. In urban areas, the entire responsibility is on the male child with whom the aging parent resides. Due to the nuclear family system, the aged people tend to feel neglected as all the others remain busy with their own schedule. The experiences of the old are considered primitive in this advanced ‘techno’ world and no one wants to pay heed to what they have to say.
Many are forced to sell off their property as a result of some dispute within the family or for their children’s career, making them solely dependent on their children later. After a certain age, their health starts deteriorating and their mental faculties begin to diminish. Sometimes, these people cannot recognize their own family members. In such situations, these people are considered to be a burden and are thrown out.
Those who can afford, try to reduce their guilt by sending their old parents to the home for the aged. But seldom do they realize that although their parents or grandparents may get physical care in these institutions, their emotional needs of affection and love by their own near and dear ones remain unfulfilled. What the youngsters of today fail to realize is that they will get old too some day and may have to meet a similar fate, because history is bound to repeat itself and a person reaps what he sows.

No comments to show.

Hi, My name is Ashraful Sarkar Naiem, I am a web developer.